At Inhale Wilderness, Exhale Stories, an upcoming Hollyhock workshop, we will immerse ourselves in nature and write from that sense of belonging. Then we will hone our craft. If you have always wanted to write, start now. You don't know what you can do until you jump in.

My poet friend Anne Haven McDonnell and I came up with an idea for a Hollyhock workshop while camping: what if we took people to wild places and encouraged them to write from the heightened sense of joy and belonging that can be experienced there?

My book, The Big Swim, began that way, at a writing course at Hollyhock, after a wilderness experience.

The first day of the writing course, I explained to the presenter Linda Solomon that I would have to miss one day because I was swimming five miles from Cortes Island to Quadra Island with some friends.

“You have to write about that,” she said.

I explained how boring swimming is.

“I’ll just be out there, stroking away,” I said. “There’s not much to say about something so repetitive.”

“Not many people would want to do that swim even if they could,” she said. “Why are you doing it?”

I swam for three hours and forty minutes with that question in mind: Why?

My very character became fuel for the tremendous effort it took to plow through all that cold water hour after hour. Eventually, toward the end of the swim, I got to the bottom of why I was doing it: I experience a sense of perfection and belonging when immersed in nature.

I wrote about the swim from that place of immersion and belonging. That essay became a CBC podcast, the title chapter of my book, and a metaphor for my growing aspiration to live from a heightened sense of how I belong to an unfathomably magnificent world. 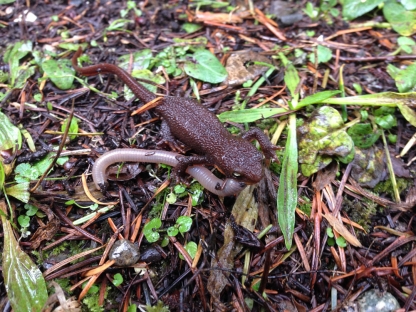 The workshop idea came on one of my yearly camping trips with Annie, trips on which we talk a lot about writing, nature and climate change. (Over the years we have found that when you talk about nature, climate change is also there.) One evening we sat with our backs against a log facing an ocean blazed by the setting sun, eating a dinner of smoked tuna, salty olives and a head of raw broccoli.

“It’s hard to improve on raw vegetables,” I commented as we tore at the head of broccoli our hands.

“Uh, yeah,” Annie said. “It would be nice to share this with other people who want to write.” 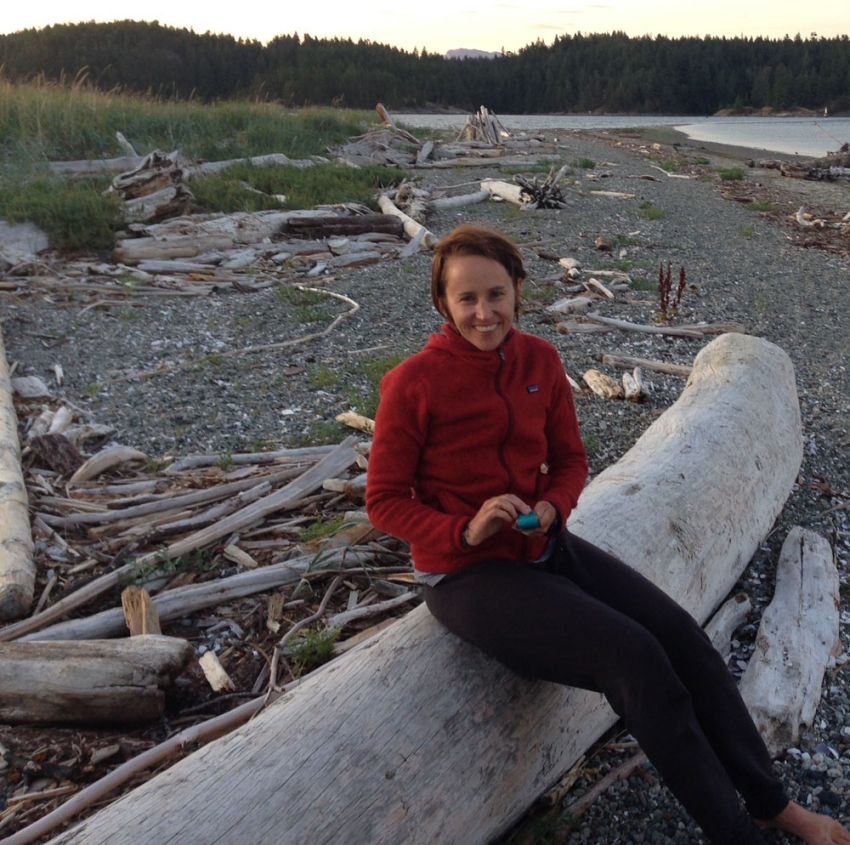 We decided that Hollyhock was the best way to do this. The broccoli would be cooked and participants’ lap tops wouldn’t get wet and sandy. So we proposed a workshop in which we would take people to wild places and encourage them to write from that sense of immersion. We’d help them hone the craft. We named the workshop, “Inhale Wilderness, Exhale Stories.”

That workshop is going to happen very soon – May 22-27. If you’ve always wanted to write and would like to combine that desire with adventurous experiences in nature, we want you to join us. Here’s another bit of wisdom that Linda gave to me: if you want to write, start now. If you don’t, you’ll regret it in ten years. You don’t know what you can do until you jump in.

Carrie’s feedback on my work was gentle in manner and informative in substance. I enthusiastically endorse her writing events and know the participants will benefit from the experience.

See more
BC’s Caribou Recovery Plan: do we want caribou as a species to exist?
Canadians are ready for carbon pricing, politicians not so much: experts