Will the National Housing Strategy cool Vancouver house prices? No one thinks so. 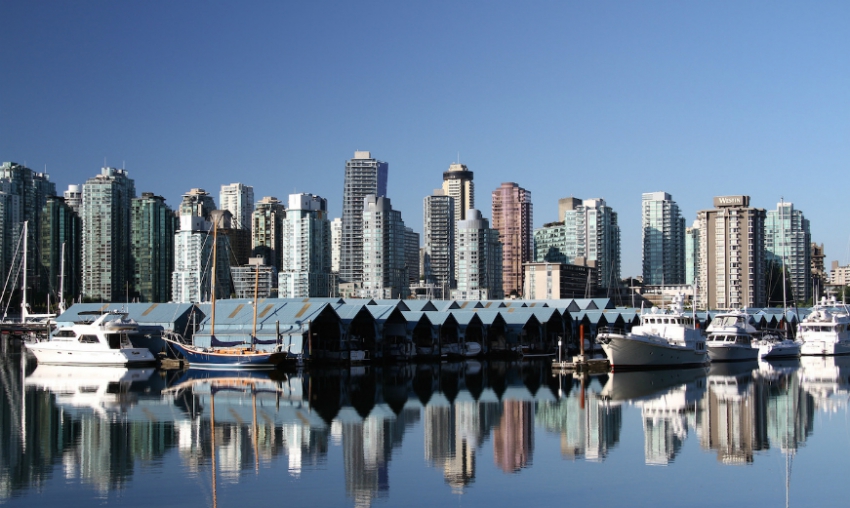 Despite the introduction of public policy tools designed to cool Vancouver’s record-breaking real estate market, newly released data suggests that sustained downward pressure on prices will not be forthcoming for months, if not years.

On Nov. 22, the federal Liberals unveiled Canada’s first National Housing Strategy, which calls for a $2,500 annual subsidy for low-income renters and the construction of 100,000 new affordable housing units nationwide. Besides broadly defining housing-related rights-- length of tenure, access to transportation, a safe environment, and others-- the government plan purported to “tackle all the drivers of housing affordability… by closing the gap between housing prices and local incomes.”

“We expect the strategy to help ease some of the supply-side pressures in tight markets over time,” said Robert Hogue, a senior economist at RBC. “Accelerated growth in the affordable housing stock is bound to trigger a chain reaction across the various layers of the housing sector.”

Even so, Hogue cautions that because both the rental subsidy and construction targets will not be in place for several years, “the National Housing Strategy is not about to bring immediate supply-side relief.”

Vancouver realtors are much more skeptical-- while attempting to make supply-side changes, the Liberals may actually introduce new rounds of speculation for investors anticipating new housing stock. According to data published by ThinkPol, one in three Yaletown condos listed in late November were purchased for speculation: twenty-two units, or 17 percent, were flipped pre-sale.

“The National Housing Strategy will only make developers and investors want to buy or build more rental units, mainly for the investment or long term income,” said Judith Adamick, a realtor with Sutton West Coast Realty. “Demand for rental housing is just too great.” 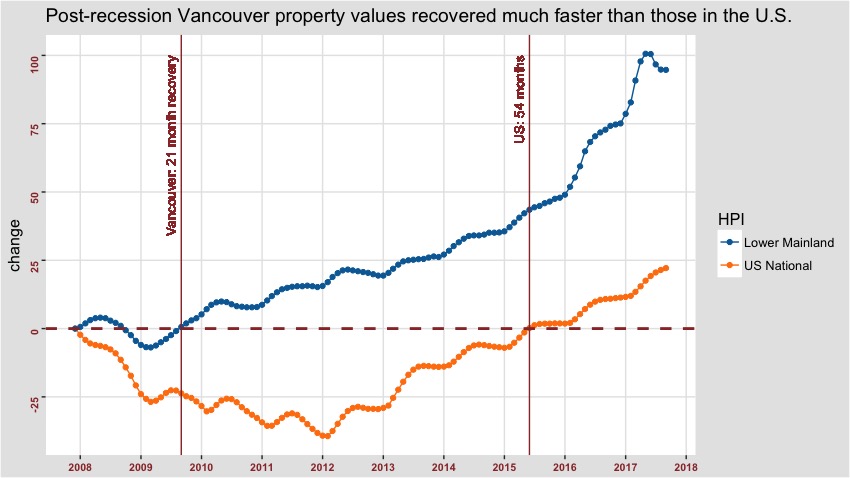 This sustained demand has made Vancouver real estate a rock-solid investment. The Lower Mainland Home Price Index, which measures generic price changes through repeat sales or refinances, has been steadily rising for twelve years with only two major corrections. When prices do go down, they rebound quickly and ferociously. After the 2008 recession, U.S. home prices took 54 months to regain their value. House prices in Vancouver recovered in less than half the time: the first post-recession HPI record was set in April 2010. Since then, the HPI record has been broken 44 times.

The first months of 2018 will be a crucible test of how effective public policy measures are in cooling one of the world’s most expensive property markets. On January 1, the Canadian banking regulator will require prospective homebuyers to pass a new stress test. Interest rates, widely expected to increase in the spring, should also have a downward effect on demand and prices.

But in Vancouver, the government is taking unprecedented measures to cool prices further. As part of a ten-year plan released alongside the Liberals’ federal strategy, the City of Vancouver will begin implementing a tax on empty homes in February. According to Mayor Gregor Robertson, this first-in-Canada tax will disincentivize owning property for investment, drive up the number of available rentals, and release much-needed supply.

Vancouver realtors disagree. According to one prominent Westside realtor with twenty active listings worth more than $5 million dollars, “no one cares about the Empty Homes Tax. Investors are buying these properties,” he said. “They can easily rent them out.” (The realtor asked for anonymity when discussing his clients’ thinking.)

In addition, because so many buildings in Vancouver have strata-related restrictions on renting, government intervention may only pump up prices for properties which fall under certain loopholes. “The tax puts more demand on investors and people buying condos that cannot be rented out, condos that are therefore exempt,” Adamick said. “There are still many options for investors to purchase while avoiding new taxes.”

Anna Lee, an agent with Team 3000 Realty, says that the government should be focusing on approving building permits and expanding supply, not tinkering with a tax that “only affects people who haven’t decided what to do with their house yet.”

The new housing strategies are “more for politics than for any real impact on the market,” she said. “Rent is too high, and as a government, they have to do something. It’s just for show.”

See more
A tale of two cities, a tale of the Canucks
Canucks’ Cup quest runs through arch-nemesis Chicago