Canada and climate change: Are sustainable cities for the rich? 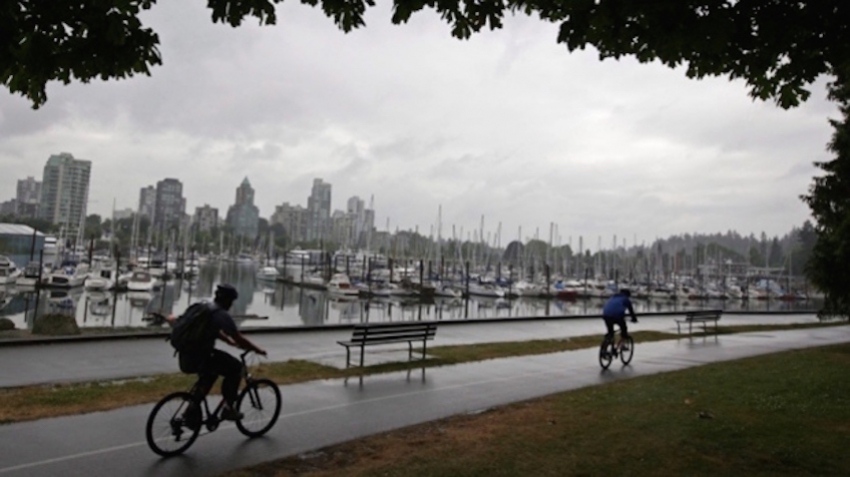 Yet, if Ottawa and the provinces fail to answer these challenges, then who will?

For many, “sustainable city” policies are the solution. Two hundred and forty seven cities are part of the Partners for Climate Protection (PCP) city-network, many of them mobilize sustainable city policies.

However, evidence suggests that despite their vision to ensure equitable urban spaces, inequalities continue to thrive. Is Canada producing green cities for the educated, the rich, and the employable? Cities that exclude the poor?

As part of my academic work, I investigated green city policies from Canada’s 33 metropolitan areas. What does it all come down to in term of equity?

At the outset, cities wield these policies as an adaptive strategy to globalized economy and to climate change rather than as a stand for equity. They tend to leave unabated two key inequalities: income and housing. Thus, they risk creating by default cities for the well-off.

However, according to a recent study by economist Francis Fong, it is mostly in four of Canada’s largest cities that income inequality reaches a critical level today: Toronto, Montreal, Vancouver and Calgary.

Thus, sustainable city policies do not bear the same implications throughout Canada.

According to the United Nations, sustainability would ensure a development that meets “the needs of the present without compromising the ability of future generations to meet their own needs.”

As it turns out however, cities did not adopt these policies chiefly for their equity aims.

On the one hand, the lack of political, economic and legal powers of municipalities led them to this compromise between an environmental and equitable economy. On the other, cities understandably wish to maintain their economic prosperity.

Thus, they privilege economic growth above all else. This recipe tends to exacerbate inequality. At least, that is so through the current federal and provincial economic policies.

Calgary’s policy for instance states they wish to build an economy that attracts not only new citizens and visitors but also businesses. Likewise, climate change itself holds unexpected commercial opportunities in many cities’ view: for industry, commerce, insurance, energy, water management and emergency situations.

For a green economy, cities compete to attract and develop innovative businesses. The “green economy” is knowledge-based, creative and ensures the protection of the environment, but does not allow much room for equity.

In addition, cities do not hold the legal powers of Ottawa or of the provinces. This is one of the factors why they only marginally involve certain key equity issues such as income and housing. The bases for an equitable network of sustainable cities across the country are thus uncertain.

Despise these constraints, many attempt to improve housing, via affordable, social housing projects or via the regulation of residential zoning. Moncton, for instance, stresses an efficient mix of affordability and quality housing types. But legal limits weigh heavy in the balance.

Can these measures expand? The common opinion goes: “all we need is political will.” Despite limited legal powers, cities can influence governments through, in part, their democratic efforts towards sustainability. No less than 18,000 citizens submitted their opinions and views for Calgary’s 100 year sustainability plan. Moncton, Ottawa, Winnipeg and Saskatoon adopted comparable approaches.
These efforts can impact Canada’s stance on economic and environmental matters. Sustainable city policies can be more than greening measures that conceal current inequalities.
More responsiveness from Ottawa and the provinces, more legal powers from municipalities or civic pressures on governments may facilitate sustainability policies as a beacon for equity throughout Canada.
Otherwise, we may continue to face the prospect of sustainable cities for the rich.
Read More:
Share on Facebook Share on Twitter