OPINION: No Truth and Reconciliation for Indigenous people in epic court standoff. 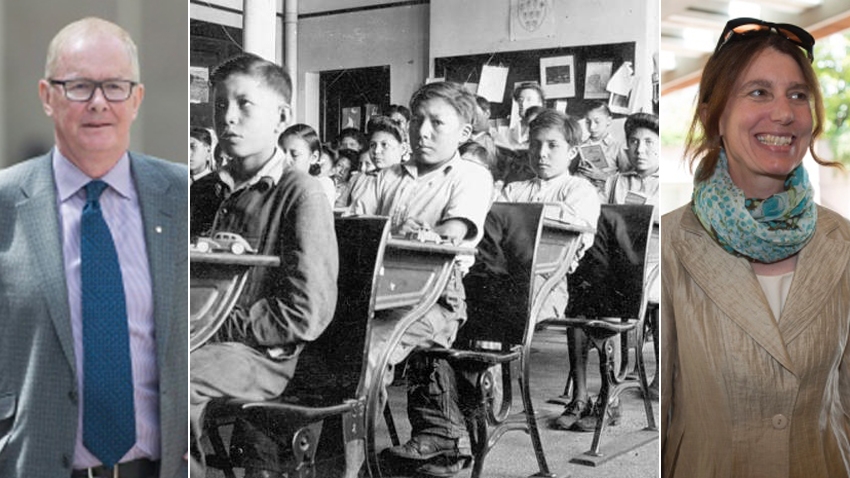 "Where’d you go to school? Asking any other Canadian this is the most casual and even entertaining way of entering a conversation. Ask a First Nations person my age or older and you’re opening up a Pandora’s box of pain. Think about that for a second.” — Joseph Boyden

To see how far Canadians still must travel in responding to the Truth and Reconciliation Commission report, one need look no further than Vancouver’s Courtroom 54, where the epic legal confrontation between Laura Robinson and John Furlong was heard by Justice Catherine Wedge.

Robinson is suing Furlong over inflammatory statements he made following publication of her report chronicling accusations of abuse by former students at a Catholic school. Furlong had earlier dropped his defamation actions against Robinson and the Georgia Straight.

Somehow in the year 2015, just days after the TRC report was issued, this happened: a two-week trial centred around allegations of physical and emotional abuse of Indigenous children at a remote Catholic school in the 1960s was conducted entirely in the absence of First Nations complainants themselves.

Affidavits sworn by Furlong’s former students were flatly dismissed, in absentia, as lies and fabrications. In their absence, middle-aged claimants were infantilized, as the defence suggested they might have succumbed en masse to False Memory Syndrome upon the arrival of a reporter in their town in 2012.

An expert witness testified to this effect without ever meeting his subjects. He seemed unaware of news reports that indicate stories about Furlong had been circulating in the community years before Laura Robinson ever came to town.

Then, in the final coup-de grace, the Burns Lake witnesses were eliminated from their own narrative.

The real problem, according to Furlong’s defence, was that Laura Robinson was spreading lies, as if she had concocted all the claims herself. Furlong’s defence was to vilify Robinson, full stop.

According to this nuanced report by the Vancouver Sun, John Furlong's former students relate a range of experiences about him, both positive and negative. Yet not a single one was called to testify about what actually happened those long years ago. The abandonment of his defamation claim against Robinson made that testimony superfluous.

Had Furlong pursued that suit we most certainly would have seen them in the witness box, and heard their accounts directly. Perhaps that was part of the calculation.

Without extending his former students the chance to be heard, Furlong’s counsel simply swept aside their sworn affidavits as a pack of lies, asserting by inference that Robinson herself knew them to be untrue. (This second leap seems to be an exercise in magical thinking.)