Harper, his Three Amigos and the quest for one bad egg 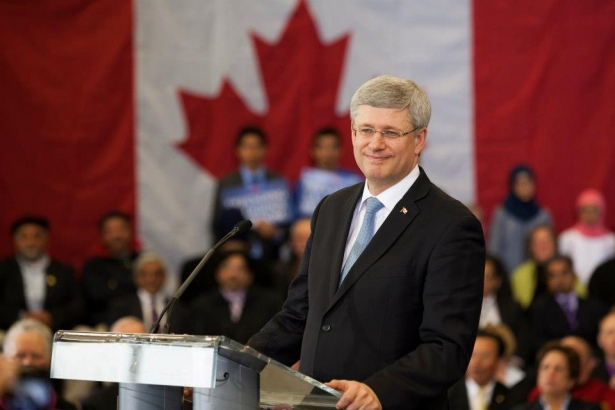 The federal government has recently spent $5 million dollars on a terrific use of taxpayer dollars.

About a year ago, the Harper government promised to spend $8 million to root out bad charitable organizations that were being “political”—that is, lobbying for changes in government behaviour that the government itself wasn’t ready to support.

What kind of unspeakable actions were this hardy band of rogue physicians promoting? They were pushing to abolish nuclear bombs, and the uranium industry consortium that supports them.

And that's not all. Physicians for Global Survival doctors was also advocating for “the prevention of war, non-violent conflict resolution, social justice and a sustainable world”.

PGS didn’t even bother to hide it. They brazenly spelled it out, right in the open—on their website. If you don’t believe me, go take a look. You'll see how bad these doctors really are: their banner even features a graphic of the world with a stethoscope, which surely symbolizes all kinds of really bad stuff.

What’s more, it turns out that PGS has been getting away with this kind of evil-doing for over three decades—flying under the radar, quietly undermining the work of the military-industrial complex and corporate weapons manufacturers and the uranium industry for 32 years—and all these years, previous weak-kneed governments had turned a blind eye.

The Three Amigos—Stevie and Joe and Pete—are riding the range, catching bad guys.

This is a good news story. Physicians for Global Survival have been caught and punished. They’ve been forced to give up their charitable status and create a whole new organization that promises to never go rogue in politics again.

Now, their new organization might be able to get charitable status—as long as they behave. So, now that $5 million has been spent on catching Physicians for Global Survival, there’s still $3 million left to root other evil charities out.

Will that be reserved for The Fraser Institute, which receives funding from the U.S. oil billionaire Koch brothers?

Or will Stephen Harper just take them at their word that they're not doing anything political—aside from pushing for privatized health care and denying climate change?

But now I have a confession to make.

I was once president of Physicians for Global Survival.

And I’m still a member.

Sigh. I’d better go down to the authorities and turn myself in for all that peace work I've been doing. With the Three Amigos on the job, it's only a matter of time.

You can't be for Canada and against Keystone, Minister Joe Oliver says