Licia Corbella, ask anyone in Calgary where to score a cowboy hat and boots... 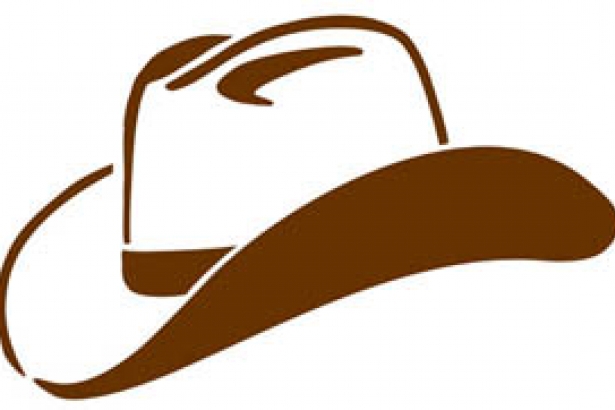 Ask anyone in Calgary where you can score a cowboy hat and they'll tell you. Boots, cattle prods, Calgarians all know where to get' em. Calgary is a city defined by its western wear and redneck culture. And I for one think it's shameful for a city to allow the world to see so much denim, handkerchiefs and snakeskin boots out in the public like that. Not only the shame of everyone having to see such atrocious fashion but the gravity the city has to attract other people, young and impressionable people, who might want to experiment with cowboy hats.

I overheard a table of hipsters here in Gastown just recently talking about how excited they were to drive to Calgary and try it out as they didn't know anywhere at all in Vancouver where there might be a western clothing store. Calgary though, everyone knows. You could ask a dog and they'd probably be able to tell you.

If Licia Corbella believes that Vancouver can be defined by Insite and the Downtown Eastside, then Calgary is just the Stampede. How's that? Fair? I'm also sure no one has ever done drugs at the Stampede.

The reductionist approach Corbella recently employed in her Calgary Herald article to neatly explain how a longtime drug using celebrity died here because Vancouver is Vancouver, home of Insite, is seen as ludicrous and offensive to Vancouverites, particularly to those of us in the Downtown Eastside. But let me try and reason this one out. I don't blame Corbella, I blame the conservative worldview. Did I just commit an act of sociology? And if I did, did it land me on the Harper Government's Enemies List? And if I am, will I end up in one of Harper's new mega-prisons? Crap. Well, might as well try and make my point quickly before they put the bag over my head.

This inflammatory article demonstrates the conservative tendency to try and simplify complex issues in our communities as ones of crime and punishment, personal responsibility, or lack of morals. The article makes false associations, is rife with conjecture and hyperbole and finds an easy target in Insite, something conservatives love to hate, as it uses the tragedy of a young man's death to further decry our city's efforts to deal with what in actuality is a national issue.

Vancouver's addiction, poverty and homelessness is exacerbated by the lack of a reasoned and committed national discussion to tackle addiction, poverty and homelessness. Any attempt to "commit sociology" and seek to question potential underlying processes, social structures or other reasons for these persistent challenges are scoffed at and dismissed. Licia, like her Prime Minister, can't be bothered to consider that social issues are in fact broad and complex and interrelating. In this black and white world poor people and teenagers just love to do drugs, and we  in Vancouver and most especially the Downtown Eastside love to give them drugs. The remedy? Mega-prisons? I think I hear someone walking up my front steps...nope, just SPUD. Thank goodness, I'm only halfway done this article.