Thoughts on the election and education, French immersion spaces, a little yellow school house, and bans 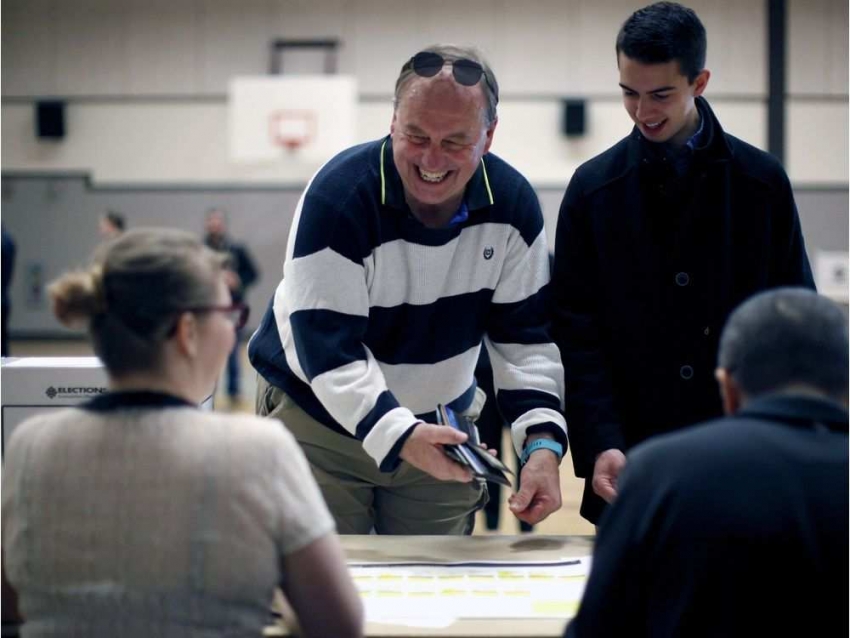 Regardless of what B.C. Green Party leader Andrew Weaver decides to do next, it’s probably good news for public education. Photo: Chad Hipolito for The Canadian Press

I don’t know about you, but to me it feels like the election was a lot more than a week ago. Not much has changed on that front since I shared my post-election musings last Wednesday about what the results might mean for public education.

But as we all wait, patiently or impatiently, for the official results and a clearer idea of what the Greens plan to do, I have a few more election thoughts and comments on some other issues rumbling about in public education this week.

Last week I wrote that the results may be good news for B.C.’s public education system. While we don’t know much more now, I’m feeling even more optimistic. For one, even if the B.C. Liberals pick up another seat in a recount or through the absentee ballot count, it will be what pundits are calling a “razor-thin” majority. They’ll have to tread carefully going forward unless they want to trigger another election, although it’s possible they may want to.

The Liberals lost a lot of ground in metro ridings that felt the brunt of Christy Clark’s war on public education. Students crammed into rotting portables in Surrey, threats of school closures and delayed seismic upgrading in Richmond and Vancouver, along with the firing of the Vancouver School Board (VSB) — clearly cost the Liberals big time. They’re not likely to risk that again, especially knowing they could be facing another election sooner rather than later.

That’s good news for families and communities worried about school closures and more budget cuts. If the Liberals won a strong majority of seats, I have no doubt school closures would have been back on the table in Vancouver and Richmond, and possibly in communities like Osoyoos. But they won’t be now.

Something else I hadn’t considered last week was the impact the B.C. Green Party’s platform commitments will have on government. I was impressed with its education pledges but I didn’t take them as seriously as I should have because I didn’t think they’d have the influence they’re going to, at least for the foreseeable future.

Those commitments include phased-in funding for early learning programs for three and four-year olds, a $220-million operating funding increase for 2017/18 (in addition to the $330 million already committed by the Liberals to comply with the BCTF court win), and $10 million a year to restore fee-free adult education and language-training courses.

According to the Globe and Mail’s B.C. politics reporter Justine Hunter, Christy Clark is taking the Greens’ platform very seriously as she and her team draft a new budget to take to a vote in the legislature.

That bodes well for public schools and gives Clark an opportunity to put a lot more money into education — which might improve her party’s popularity in the next election without riling her right-leaning base, since they know she has little choice in the matter.

Last fall’s landmark BCTF win at the Supreme Court of Canada was great news for public education and most of all — students. It forced the B.C. Liberals to provide $360 million in funding to enable B.C. school districts to comply with the teachers’ contract language that was in place prior to when the B.C. Liberals illegally stripped the contracts in 2002. That means smaller class sizes and more specialist teachers.

That’s the good news. School boards are now scrambling to hire additional teachers after years of cutting teaching jobs and reorganizing schools and timetables into smaller class sizes. This is creating challenges in areas where there is a shortage of classrooms or teachers.

An unexpected and happy consequence for some Kitsilano residents is that an old, little yellow school house on the General Gordon Elementary site that was facing demolition is poised to be saved. I wrote about the schoolhouse last month, but I didn’t consider the BCTF court victory would be the answer for those fighting to keep it.

“District staff have completed analysis of the impact of the Supreme Court ruling regarding class size and composition,” the report states. “While there is no impact to Gordon Elementary for the 2017/18 school year, the analysis indicates that the school may require an additional classroom for 2018/19. “

Good news? I think so, but others disagree. While heritage advocates are no doubt happy to see the much-loved building’s date with the demolition crew called off, some parents tweeted that they’d rather see the focus on getting all kids into seismically safe buildings than saving heritage buildings.

It’s an interesting tension. As a school trustee, I felt pressured to consider both, and if it came down to heritage versus safety, the lives of kids had to come first. But being an elected government means finding compromise, and often that was possible too — it didn’t always have to be one versus the other.

What do the BC election results mean for public education?