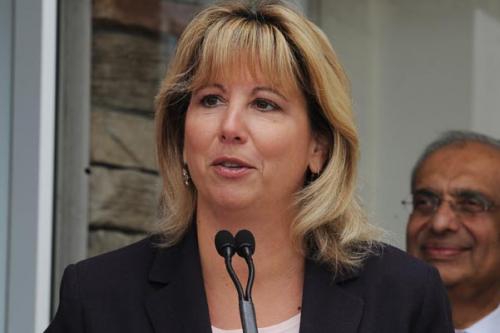 Six years ago I visited Southridge School, and fell in love with the community there. I was never enrolled, quite simply, because Southridge happened to be in Surrey.

Six years ago, Surrey was a backwater crime center, and, at least according to my parents, a toxic environment in which a young family must never be raised. Today, investment money is pouring into Surrey, the fastest-growing city in B.C. and the hub of an invigorated Fraser Valley. Surrey Central, the towering office building-cum-shopping mall, has breathed life into a neighborhood that for decades had been merely a drug hub. The needles and loiterers in the surrounding area have given way to strip malls and sushi joints. Even much-maligned Whalley is undergoing serious rejuvenation in the form of new city offices and parks projects.

The startling changes are the work of Surrey’s unlikely hero, Dianne Watts.

Before she took the mayor’s chair in 2005, Surrey city hall was a microcosm of the Obama Senate: partisan bickering paralyzing the legislative process while the status quo stagnated.

But Dianne Watts’ improbable ascent spun Surrey’s status quo around 180 degrees: she reached out to her councilors, put homelessness and drug abuse at the top of her agenda, and most importantly, had the audacity to transform Surrey from Vancouver’s commuter town to a regional hub in its own right.

In five short years Surrey is already the clear-cut leader in the Fraser Valley, and is even projected to overtake the population of Vancouver in the next two decades. Surrey’s ugly-duckling story, and Watts’ steady hand in writing it, has already made her a household name across the Lower Mainland, and a well-regarded one at that.

Back in January, Ipsos-Reid polled British Columbians on politicians they believed would make a good premier. Watts ran away with a +14 rating; the next closest competitor stood at +1. And with public support of the B.C. Liberals near rock bottom, it will take a leader of Dianne Watts’ esteem to give the party a shot in 2013.

She fulfills the obvious criteria. She’s untainted by the HST fiasco, business-friendly and wildly popular. But the reason the Liberals should have her at the top of their leadership list has less to do with Watts her Worship than Watts the woman.

Though her record of city development could be justly compared to Gordon Campbell’s, it is in her approach that she endears herself to her city, and, indeed, a province begging her to run. 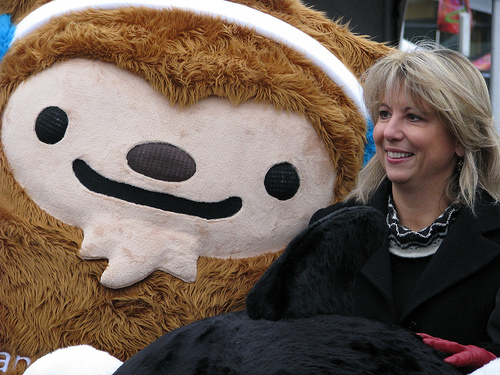 She’s a trusted politician whose rhetoric is unspectacular. Her addresses are filled with substance but short on style. She fought as a nobody, ostracized by the McCallum mayorship only to defeat him and become the keystone of municipal power, the Surrey First slate of candidates.

She is still, despite a fifteen-year political career, an outsider who has held on to her image as a mother first, mayor second. She’s held onto an image diametrically opposed to Campbell’s toxic persona.

Watts has become the underdog that everyone wants to back. Yet, the moment she puts her name forward for election, she will become the clear frontrunner to become premier of British Columbia.

Her success on crime, homelessness and drugs will have appeal in the city of Vancouver. She was half a province away from the HST mess and will surely hold onto the bloc of Liberal seats in the Okanagan and Fraser Valley. But most importantly this injection of new, independent and wildly successful blood will give Liberals a reason to re-elect the party that has spat in their faces year after year.

If Watts seeks the leadership—an announcement is expected shortly—she will be taking on yet another monumental challenge, jumping behind the wheel of the Titanic as it rushes towards an iceberg labeled “2013.”

Then again, if there's anyone that can do it, it’s Dianne Watts.

UPDATE: Watts has announced that she will not seek the leadership of the Liberal party. That probably confirms Kevin Falcon's run: he had made clear in the past he would be waiting for Watts' decision before deciding on his candidacy.