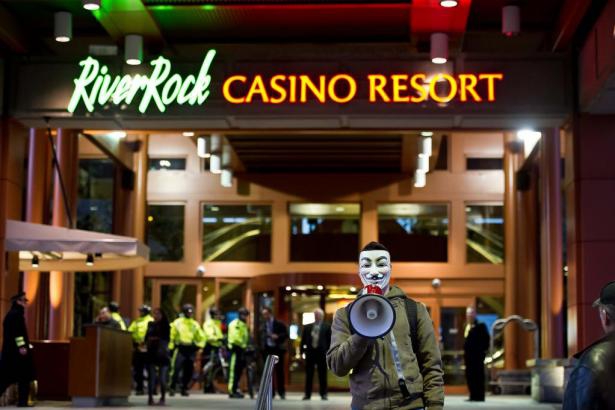 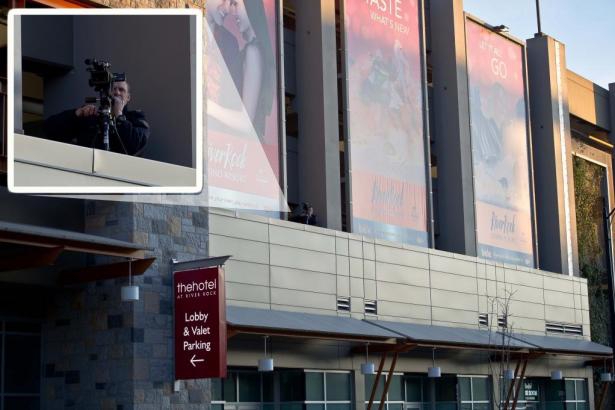 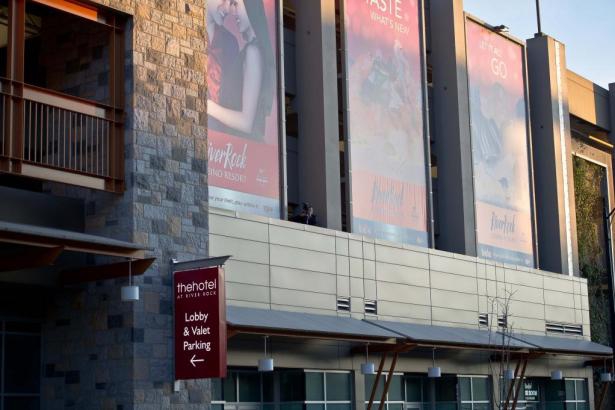 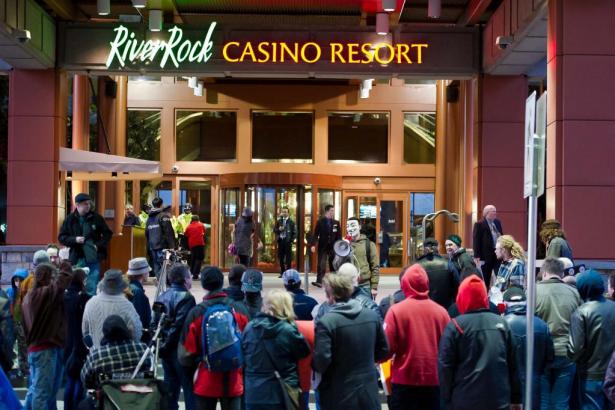 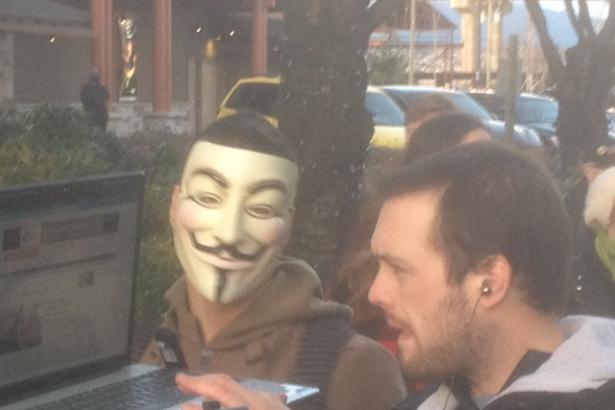 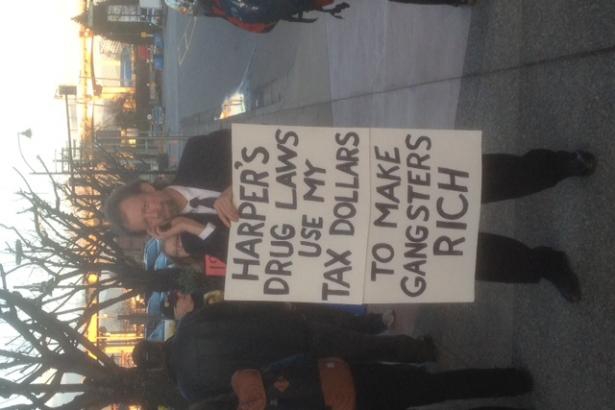 Public Safety Minister Minister Vic Toews managed to avoid a confrontation with protesters while attending a fundraiser at the River Rock casino in Richmond.

About 40 protesters, many of them from the Occupy Vancouver movement, gathered outside the casino, which was heavily guarded by the RCMP, both uniformed and undercover. From the windows, several RCMP could be seen filming the gathering. 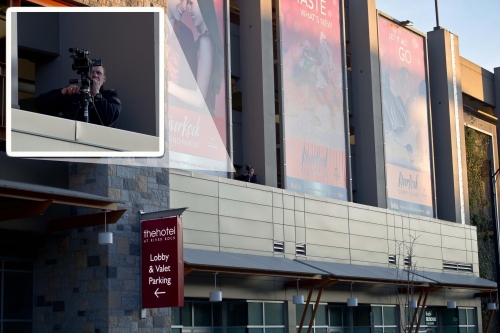 Photo and detail by Keith Robertson

At least one protester wore the trademark mask of Anonymous, a hacktivist group that is responsible for revealing details about Toews' personal life on twitter and YouTube to protest Bill C-30, his controversial "online snooping" or "online spying" bill.

The bill, officially named The Protecting Children from Internet Predators Act, would allow access to personal information online, including address and phone number, without a warrant.

Protesters arrived half an hour before the fundraiser, hoping to confront Toews and voice their concerns about the new bill, but he slipped by unnoticed and went into the casino.