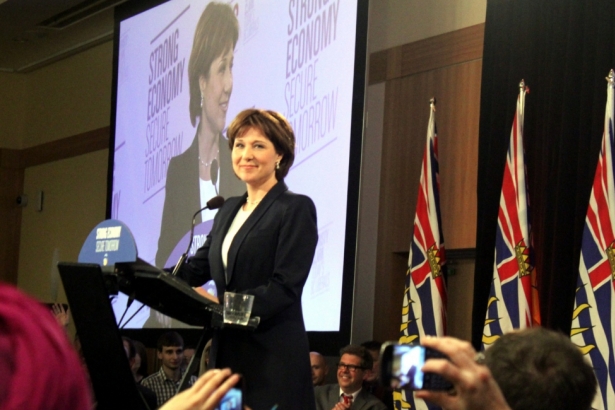 Premier Christy Clark led the BC Liberals to a majority win on Tuesday night, but lost her seat in Vancouver-Point Grey to NDP's David Eby.

Loyal BC Liberal supporters gathered at the Sheraton Wall Centre in Vancouver on Tuesday night and watched as election results trickled in — starting off strong for the Liberals.

Supporters were confident, but careful not to get their hopes up.

"I'm surprised. I know it's early, but to see the amount of the lead, it's setting a tone and it might be an indicator. I am expecting something close. I'm not sure if I know yet of a victory, but something close," Scott Harrison (not the Liberal candidate for Vancouver-West End) said cautiously, about an hour after the polls closed.

But as time went on, and a Liberal win became more certain, cheers amplified as the party's lead showed no signs of slowing down. 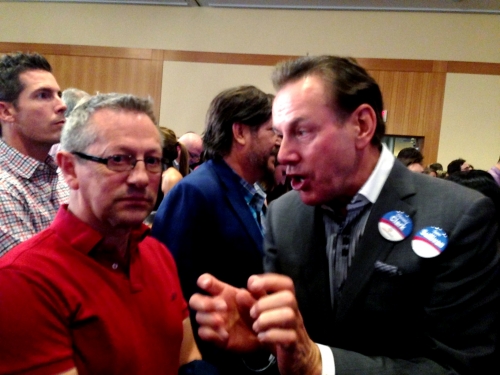 Despite opinion polls predicting a win for NDP leader Adrian Dix, longtime Liberal supporter Kevin England expressed his confidence in Christy Clark before the win was announced: "I'm ecstatic. I've been a strong supporter of Christy Clark all the way through. I really believed she was going to win. This is a really exciting night and it's a great night for the province of British Columbia."

Liberals won a majority with 50 seats, while NDP won 33, the Green Party won one and an Independent won one. 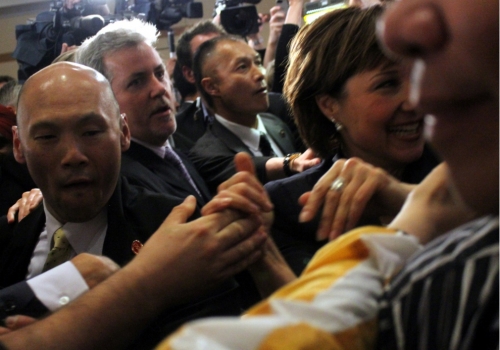 Premier Christy Clark is led through the crowd, welcomed by cheers and applause on Tuesday night at the Sheraton Wall Centre.

Clark was ushered into the Sheraton Wall Centre's grand ballroom, where she took the podium for her victory speech.

Her speech was met with applause, with the crowd chanting her name, as she declared the party's vision for a "debt-free B.C."

"We will share the economic benefits of this province with everyone," she assured the public. 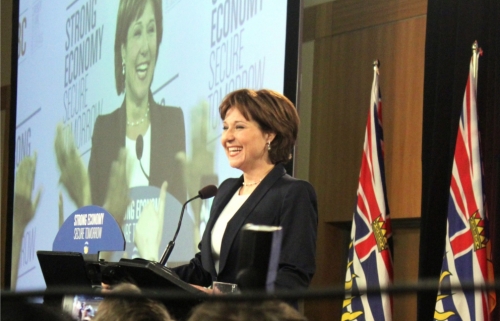 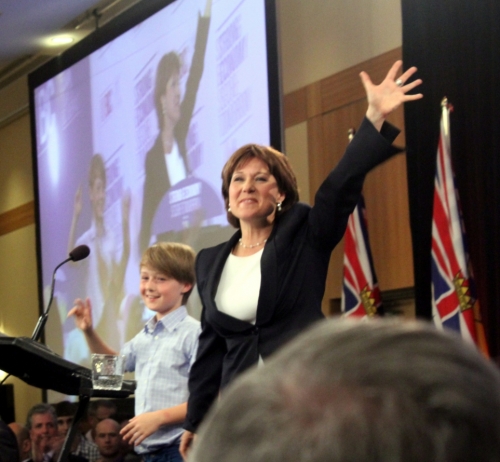 Clark and her son Hamish Marrissen-Clark wave goodbye to the crowd of B.C. Liberal supporters and reporters at the Sheraton Wall Centre in Vancouver, following her victory speech. 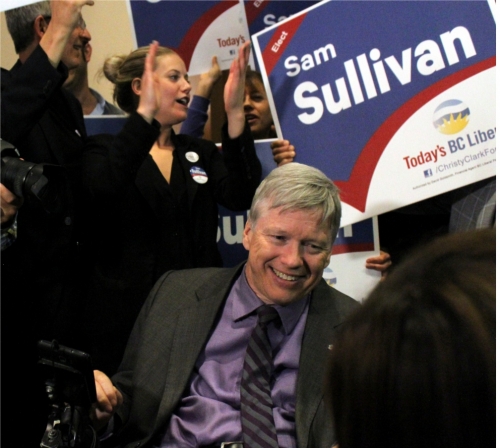 Former Vancouver Mayor Sam Sullivan, who won in the Vancouver-False Creek riding, received a warm welcome as he arrived at the Sheraton Wall Centre on Tuesday night. 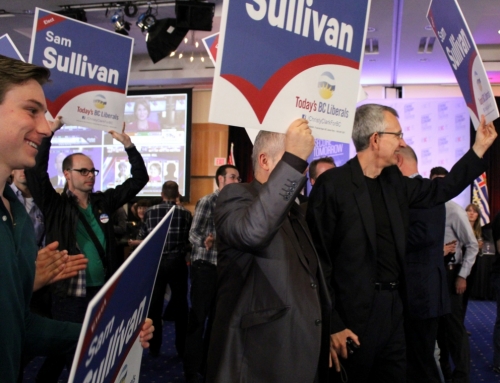 Sam Sullivan's supporters greeted him upon his arrival at the Liberal party's headquarters on May 14, 2013. 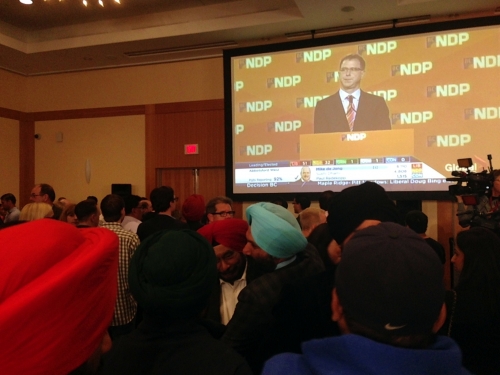 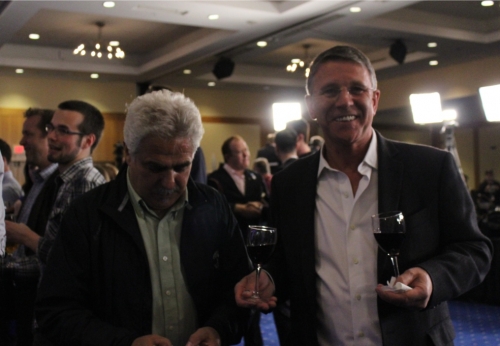 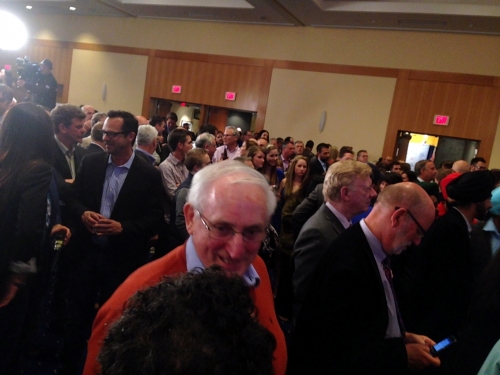 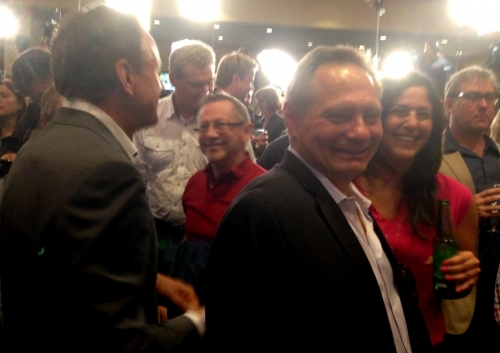