Teargas and pepper spray meets mass protesters in Hong Kong.  The "Occupy Central" movement is furious with Beijing's plan to require the Communist Party's approval of any candidate running for the city's top elected position. 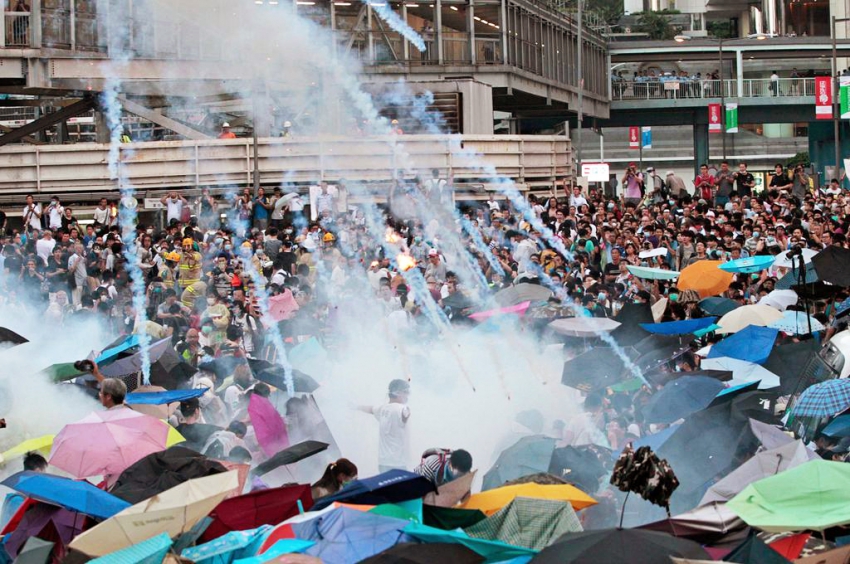 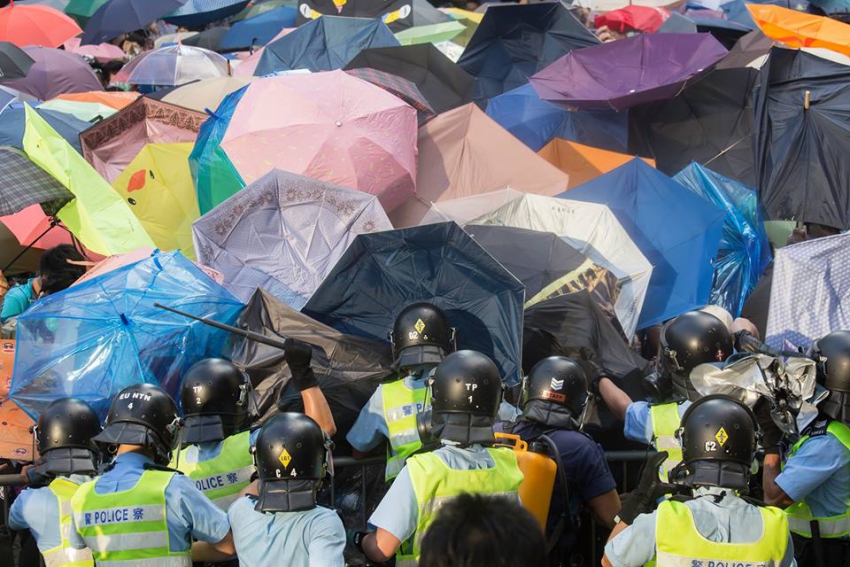 I am a Hong Kong citizen.  I cannot tell you enough how angry I am towards the excessive force used by the police against peaceful protesters and students calling for universal suffrage on Sunday.

Thousands of protesters have been gathering at the government headquarters since Friday, despite the authority's warning to leave. Atmosphere began to heat up after police made a few arrests, including key student leaders. There have been rumours the night before that tear gas would be deployed. Even the main stage at the headquarters have warned the people of it and taught about how to prepare and treat it if gassed.

Homemade anti-tear gas gears are all they have: clingwraps round their eyes, safety goggles and face made complete with a raincoat. Not that they are confident these can protect them, but that's the best they can do.

Hong Kong people are not well acquainted with tear gas-level demonstration. In a city where people voice their opposition through peaceful rallies, seeing young people and elderlies walking around with gears like this and preparing for the worst made my heart sank.

I was away when it happened. I found it out on a TV screen when the riot police sought to break up the large crowds of protesters by firing tear gas at them. I just stood there and tears began to stream down my face, as if someone has punched my stomach really hard. I couldn't believe the government actually ordered this excessive violence against its people.

All we are humbly asking for is to be able to choose the leader of our government, to choose the future of this city for ourselves. So many people was as shocked as I was when such a heavy-handed measure like tear gas was deployed, the city's first use since the 2005 WTO protests of Korean farmers. 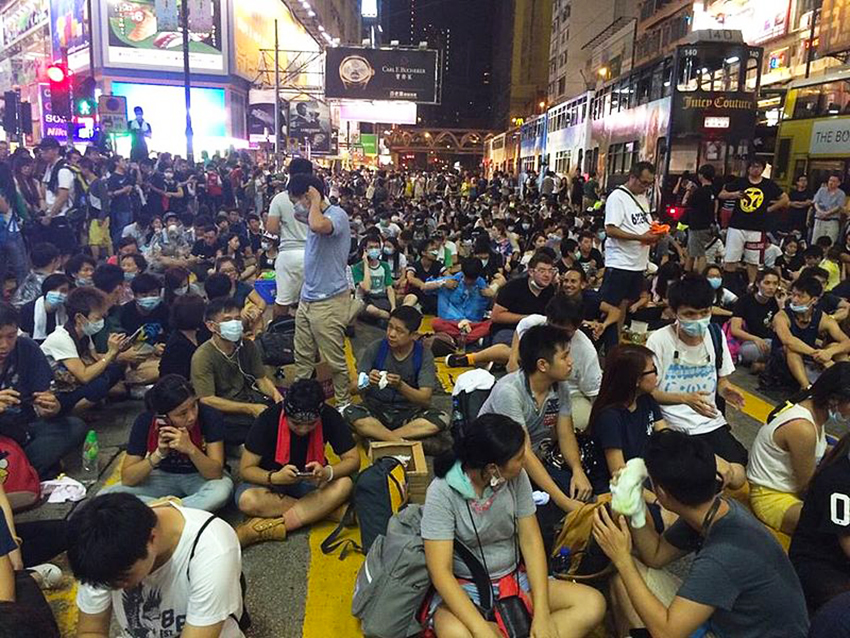 My friend said she felt pain seething through her throat and began to cough before she could put her mask on. Earlier the police had already sprayed the protesters numerous times with large canisters of pepper spray, and in many instances the police pulled off their goggles and directly sprayed on the protesters' faces which could have caused serious harm. The only defense they had was the assorted folding umbrellas in their hands - hence the international media dubbed the protest the "Umbrella Movement."

The riot police even pointed their long-barreled guns during the protest at one point.

The police said tear gas was deployed 87 times on protesters on Sunday, and "the use of force is used in a situation when we have no other alternatives."

It all started with a student class boycott a week ago in protest of the Chinese government slamming the door to true universal suffrage in the faces of Hong Kongers. During daytime, university professors held outdoor lectures for students outside the government headquarters on different ideas on freedom and democracy, so they could learn and grow.  Even they were on strike. More and more adults began to show up there, especially after work in support of the students.

More from Una So