TPad: a touchscreen with feeling 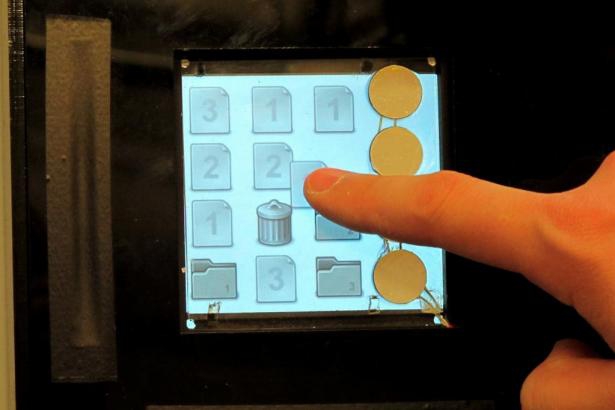 Imagine not fumbling with the keyboard function your iPhone. Instead of the flat surface of a touchscreen, you get the feeling of honest-to-goodness "buttons". Sound too good to be true? It won’t be, if a group of researchers at the University of British Columbia and their colleagues at Chicago’s Northwestern University and the University of Canterbury Christchurch, New Zealand, have anything to say about it.

“It’s not just an illusion -- we’re actually changing the friction of the screen with this thing,” said Vincent Levesque, a post-doctoral research fellow with UBC’s Sensory Perception and Interaction Reasearch Group (SPIN). “It’s not just a sensation we get, it’s actually the real thing.”

Levesque is talking about TPad, a new human interface technology he and his colleagues, Karon MacLean, Louise Oram and Andy Cockburn are working with. It’s with TPad technolgy that Levesque and his colleagues hope to increase user satisfaction and functionality with touchscreens, making them much more intuitive to use.

“I like to give the example of musical instruments, like a clarinet or a piano,” said Levesque. “Instruments have a very rich tactile feedback. So you can play them without looking. You can develop intimate relationships with instruments.”

It is this kind of relationship that Levesque and his team hope to help create with touchscreen technology.

The team has also shown that with TPad technology users can make touchscreens perform somewhat more efficiently. During testing, subjects found that their ability to perform certain tasks increased “somewhere around five-to-eight per cent.”

“Not a huge increase in the performance, but enough to make a difference,” said Levesque.

Getting feedback from a touchscreen

Developed at Northwestern University by Ed Colgate, Michael Peshkin and a host of graduate students, Tpad technology allows you to actually feel bumps, lines and other effects through touchscreens that appear flat and smooth.

They do it through ultrasonic vibration – vibrations so fast that human senses can’t detect them. These vibrations will allow your finger to float on a cushion of air above the touchscreen, giving the impression of a very slippery surface. They call this programmable variable friction.

What this means is that when friction is desired to give the effect of a button or a bump, the screen’s vibration slows, allowing the natural friction of the glass touchscreen to tug at your finger.

If you time this just right, you can simulate the feeling of running your finger up -- over a bump -- then down the other side again. What is fascinating about the technology is that this is not a “virtual” experience. Friction levels are measurably altered on the touchscreen’s surface.

So far, the team has enjoyed some success, even getting a chance to show off their work, and TPad technology itself, at the CHI Conference, here in Vancouver earlier this month.  “The conference itself was a lot of work,” said Levesque. “But (we had) a lot of good feedback. A lot of people took the demo." He said the team showed the technology to hundreds of people. 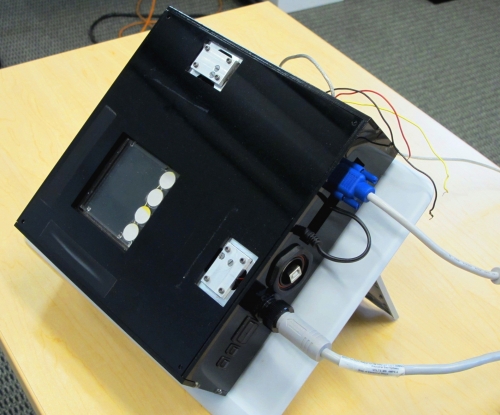 Currently, a cell phone application of TPad is just out of reach, due to the size of the machine that the technology is housed in, and the power requirements necessary to achieve the effects.

”If you have something that works on a battery, you have to be careful,” said Levesque. “Whenever you have moving parts it’s always a bit of a challenge to make them not use so much power.”

In the meantime, Levesque sees TPad technology being applied in the nearer future in the realm of car navigation computers and other, larger-scale interfaces, where power consumption won't be so large an issue.

The team is working on ways to get around power consumption issues in other ways as well. “One thing that we are looking at also is trying to find ways to reduce power consumption by deciding when we use the low friction,” said Levesque.

Levesque said that by selectively programming the functionality of the LATPaD, the team has been able to reduce power consumption to some extent. “We try to find ways to design interactions so that we have high friction most of the time, and then we drop the friction only once in a while to get some feedback.” The team is also looking at new functions for the LATPaD that will end up using less power in the long run.

For more, read the team's research paper outlining the technical details of the tests they performed onTPad. The demo video for TPad is featured below.