Fake press release aimed at embarrassing the Conservative government on its environmental record. 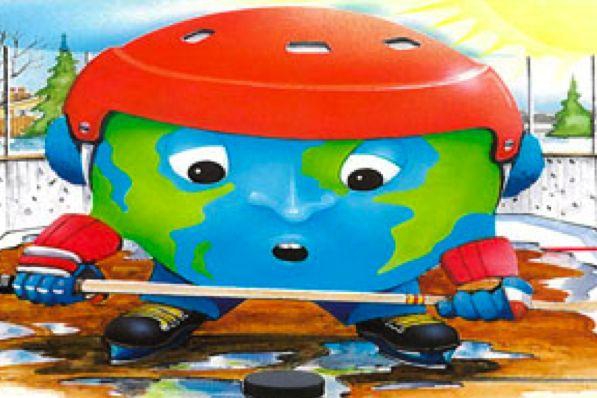 OTTAWA -- A group of climate-change activists, backed by the Council of Canadians, says it "successfully impersonated representatives of Environment Canada'' in a series of hoax news releases Wednesday.

A message distributed to media outlets Wednesday morning used the Environment Canada news template to tout the "re-release'' of a two-decade-old government teaching tool on climate issues for Canadian students, entitled "What a Difference a Degree Makes.''

The message linked to a web site that mirrored the real Government of Canada site, including links to other, legitimate, departmental news releases.

A follow-up message, also mimicking real government releases, had Environment Minister Peter Kent denouncing the hoax and calling the educational pamphlet out of date and no longer reflecting government priorities.

The advocacy group Council of Canadians, meanwhile, had publicly waded in, issuing a straight-faced release congratulating Environment Canada and stating that "proper climate-change education in Canadian schools has previously been neglected by our government.''

And in an email to The Canadian Press, Dylan Penner, a spokesman for the 26-year-old Council of Canadians, acknowledged the advocacy group was in on the joke from the get-go: "The council was aware it was a ruse and was supporting the youth involved in it.''

The effort to embarrass the Conservative government on its environmental record attempted to recreate an elaborate hoax by the U.S.-based Yes Men in December 2009, which involved a phoney announcement, phoney government denials and phoney third-party reaction.

But it does not appear that legitimate news organizations were taken in by Wednesday's ruse.

Environment Canada quickly issued a terse denial that was distinguishable from the fake releases only by the originating government web address of the sender.

"There are responsible ways of bringing concerns forward -- this is not one of them,'' Melissa Lantsman, a spokeswoman for Kent, said in a follow-up email.

"We condemn this blatant dishonesty and shameful misrepresentation of the minister to Canadians.''

By mid-afternoon, the Canadian Youth Climate Coalition was trumpeting its ruse and claiming that "a number of prominent environmental organizations publicly congratulated Environment Canada on this unexpected yet welcomed change of heart.''

However there was no evidence that prominent environmental groups had taken the bait.

The political director for the Council of Canadians, Brent Patterson, said the organization has never before been involved in such subterfuge "and would certainly use it sparingly.''

"I don't think there was any anticipation that people would really believe the initial release and the response,'' Patterson said in an interview.

"It's really just trying to use some creative means to try to get the attention of the public and to draw attention to the poor performance of the Harper government on climate change.''

The teaching unit cited in the hoax was one of a series of breezily written educational papers posted by Environment Canada in 1993, with titles such as "Did You Know We Live in a Greenhouse?''

The title page of "What a Difference a Degree Makes'' features a cartoon Earth in hockey helmet and skates standing over a puck on a melted rink.

Along with descriptions of the difference between climate and weather, the text includes a glib sidebar on the cultural influences of climate, including movies such as the "Big Chill'' and musical groups Air Supply, Weather Report and Donna Summer.

The Liberal government of the day made climate change a high priority and went on to sign Canada to the 1997 Kyoto Accord to reduce greenhouse gas emissions. But the government's actions never lived up to its rhetoric, and Canadian emissions continued to rise throughout more than a decade of Liberal rule.

"It's why we're in such a crisis now -- inaction over such a lengthy period of time,'' said Patterson.