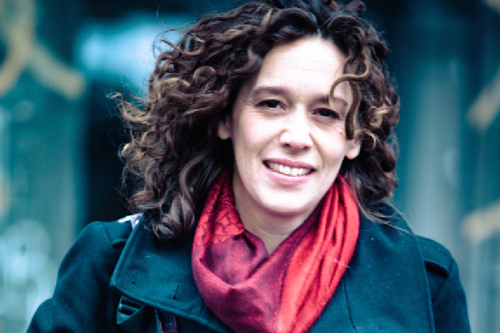 Photo of Tzeporah Berman by Kris Krug
Prominent environmentalist and writer Tzeporah Berman expressed shock at her rejection as an "ineligible writer" for Canada Council funding at the Denman Island Readers and Writers Festival.

"I would hope that it's not at all for political reasons, because I have been very outspoken on the Enbridge pipelines and the expansion of the pipelines," Berman said in an interview with the CBC's On the Island host Gregor Craigie.

"One would expect Canada Council to be an arms length body, but at the same time I kind of feel like after the last year, where Minister Joe Oliver was calling any concerned citizen a 'radical extremist' and this kind of very heavy-handed approach by the Harper government, I feel like nothing surprises me at this point."

Berman said that her book, This Crazy Time, was critically well-received, and that she seemed to fulfill all the requirements expected for funding. Canada Council public relations officer Mireille Allaire later commented to the Vancouver Observer:

"There is no government interference in the Canada Council’s peer assessment process.  We are arms length and the jury of peers evaluating each application makes independent assessments and recommendations.  Peer assessment is at the core of who we are as an organization.  We are very transparent in our process, and although we don’t comment publicly on specific applications, we do take the time to explain our juries’ decisions to the applicants themselves.

There are a number of reasons why someone can be denied funding or be deemed ineligible for funding, and this is tied to program guidelines.  Out of about 15,000 applications received annually, approximately 6,000 applicants are successful in obtaining funding.

The reality is that not everyone can be funded. Our juries have difficult decisions to make."

It is, nevertheless, the first time an author at the festival, now in its 10th year, has been rejected this way, festival organizer Des Kennedy told the CBC. The event, which featured well-known authors including Carmen Agruirre and Garry Thomas Morse, also had its funding reduced by Canada Council.
"It definitely felt like a shock, on top of all the very public attacks," Berman said, noting how she heard Minister Jason Kenney went on a "half-hour tirade" while speaking to the Victoria Times Colonist editorial board yesterday.
"Apparently, he went on a half-hour tirade because ForestEthics -- an organization I founded -- was 'destroying the country' by being opposed to unchecked oil exploration....It just seems like very heavy-handed language from our government."
This is not the first time the federal government has targeted environmentally conscious writers and artists. Last year, Canadian artist and outspoken oil pipeline critic Franke James had her show forcibly canceled after the federal government contacted a major corporate sponsor, urging them to withdraw funding.
Read More:
Share on Facebook Share on Twitter