Despite what the world may think of us, most Canadians care about global warming. 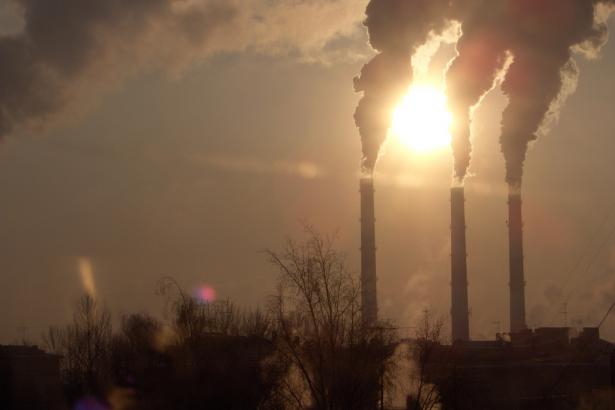 Up to 74 per cent of Canadians think companies should pay for their emissions, even if it means higher energy prices. Photo by otodo.

Despite our shifting reputation on the global stage, a new poll reveals that most Canadians want to see action on climate change -- and they would get behind an international treaty and carbon taxes.

The survey, conducted by Environics Research Group between Nov. 15 and 27, asked 2,000 adults across the country about their views on the environment. When compared to previous studies done in 2009 and 2010, countrywide support for a carbon tax and international climate agreement has decreased slightly, but still remains the majority.

Global warming and the environment ranked highest on the list of most important world issues, above the economy, poverty, overpopulation and war. But when asked about the biggest problems facing Canadians today, 43 per cent of respondents said unemployment and the economy were most important, and only six per cent identified environmental issues as the top priority.

According to pollster Keith Neuman, the numbers varied because of the way Canadians look at climate issues.

“The discrepancy in responses between these two questions reflects in part the fact that Canadians tend to think about environmental issues (and climate change in particular) as global rather than local challenges,” Neuman said in a press release.

The study showed that 56 per cent of Canadians think the country should sign on to a new international treaty to reduce greenhouse gas emissions, even knowing that it might result in domestic job losses or increased costs for certain goods and services. But support has dwindled since 2009, when 68 per cent of respondents were in favour of an agreement.

In addition, people across the country did not all seem to agree on the idea of an international treaty like the Kyoto Protocol – support ranged from 70 per cent in Quebec to just 45 per cent in Alberta.

When it came to the question of a carbon tax, 74 per cent of Canadians were in favour of setting limits on emissions and making companies pay for what they emit.

In British Columbia, where the provincial carbon tax has been in effect since 2008, public support for the tax is at an “all time high”. The poll revealed that 57 per cent of BC residents agree with the carbon tax, up from 46 per cent when surveyed in 2010.

In other provinces, up to 58 per cent of citizens would like to see a similar carbon tax implemented, marking a substantial increase over the past few years.

Environics suggests that the poll results demonstrate a distinct acknowledgement by Canadians that global warming is a real threat to the world.

According to the research group, “Canadians are increasingly ready to embrace tangible policies to address climate change that don’t threaten major disruptions to the economy or consumer lifestyles.”

Catastrophic climate change may decrease Canadian GDP by 25 per cent