Alberta’s rejection of a proposal for a First Nations-run oil sands refinery has critics up in arms, citing racism and “backroom” dealings. But Alberta Energy says it’s all about business. 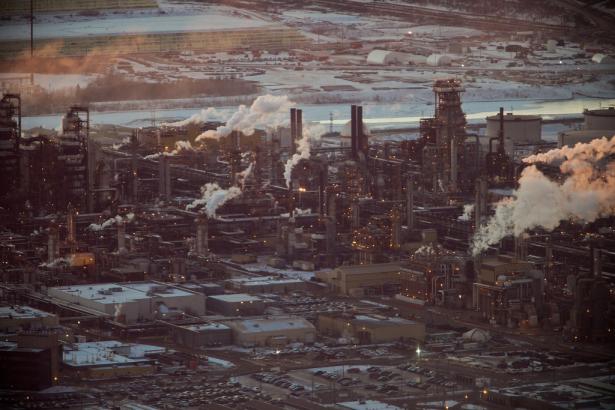 The Alberta government’s decision to reject a proposal for an Aboriginal-owned oil sands refinery has critics up in arms, suggesting that provincial support was pulled due to racism and “backroom” dealings.

The $6.6-billion proposal from the Alberta First Nations Energy Centre (AFNEC) would create the country’s first Aboriginal-run petroleum refinery, and would help address what many see as a need for more domestic refining and upgrading. The project has been spearheaded by Enoch Cree Chief Ron Morin and Edmonton-based Teedrum Inc., and is backed by a number of other Alberta First Nations looking to increase Aboriginal involvement in the oil and gas industry.

But after years of consideration and negotiations with the province, Alberta Energy Minister Ted Morton officially pulled the plug on the project during a meeting on Feb. 8.

“In the end, it was determined that there were too many uncertainties—too many unknowns for the government to be comfortable taking a risk on it,” said Alberta Energy spokesperson Bart Johnson.

“Certainly on paper it looked good, but we needed a lot more front-end work to be done to be satisfied that it was worth proceeding with.”

Johnson said the decision was primarily based on the lack of engineering work done for the project, and because AFNEC had not yet secured land or confirmed significant partnerships. Their proposal was also being considered next to the North West Upgrading project, which was more successful in attracting provincial support because proponents had spent over $300 million on engineering and other “front-end” work.

For Ken Horn, president of AFNEC partner Teedrum Inc., none of these reasons hold water.

“We were invited to the table to negotiate this deal, having no risk, knowing what level of engineering we were to do, and the whole premise of the conditional agreement was to go to the next level. So for them to come back and say, ‘Well you haven’t done enough,’ it does not make any sense to us,” Horn told the Observer.

He explained that AFNEC did in fact do a significant amount of engineering work through a state-run Indian firm called Engineers India Limited, and was intending to move forward with additional work on a conditional basis.

“Their point that it’s just because North West spent $300 million and we didn’t really has no bearing,” said Horn.

“It’s very difficult to draw a lot of conclusions, other than that they have another deal brewing with somebody else unilaterally, or they just don’t want to see the advancement socially or economically for First Nations.”

Horn’s remarks tap into a critique that’s been raised recently by chiefs in the Aboriginal community—that the Alberta government’s actions are “racist”, and are an attempt to limit the economic development of First Nations.

However, Johnson maintains that the decision was based on the merits and status of the proposal. In fact, he said their initial consideration of the project was intended to encourage more Aboriginal involvement in the industry.

“There’s been a lot of criticism of government around the handling of this as it relates to First Nations. But I should make the point that the government wouldn’t even have considered this proposal, had First Nations not been involved,” Johnson said.