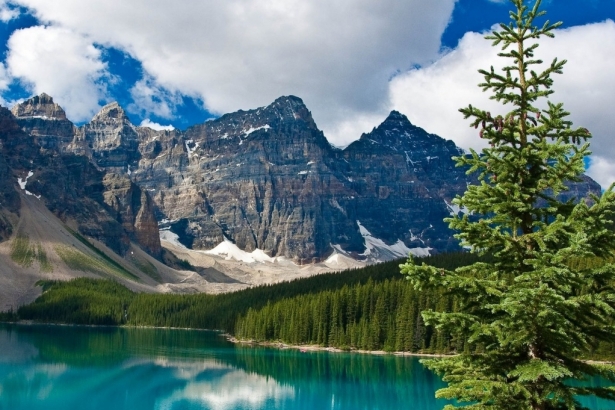 A government document outlining rules and regulations for permitting pipelines through parks and protected areas is raising hackles among environmentalists and wilderness groups. Photo of Emerald Lake at Yoho National Park in BC.

Park conservationists are alarmed over a BC government document sent to the oil and gas industry explaining rules for putting pipelines through provincial parks.

Many fear a rush of energy projects will overwhelm their resources and allow some project to proceed without proper consultation. But the government defended its decision, saying it's just outlining the existing rules and making them clear to oil and gas companies.

The document, “Linear Energy Projects and Protected Areas,” is a final document approved by the provincial government and sent to oil and gas proponents in June. The document outlines the rules and regulations that energy companies must follow if they are thinking of encroaching on “established or pronounced protected areas.”

“These are the rules,” BC Environment Minister Mary Polack said.  “It is not new policies, or new rules. This is stating the rules as they are and making them clear to the proponents.”

The document lays out the key issues and management considerations when a project potentially interacts with Class A, B or C parks, conservancies, recreation areas, ecological reserves and protected areas under the Environmental Land Use Act. Approximately 14 per cent of the province is currently designated a special land use, such as a park. The report indicates that industrial development is not permitted in Class A or C Parks, unless a boundary adjustment is requested.

“You have a large continuum of different types of protection, but Class A being the most restrictive,” Polack said in an interview with The Vancouver Observer. “So, for example with a pipeline...if they wish to have a pipeline go through a Class A park, they couldn’t do it as a class A park. They would have to seek an amendment to the boundary such that the land they wanted was actually taken out of the class A park.”

The Canadian Parks and Wilderness Society says it has a deep concern over that possibility.

“It means that a proponent can advocate for opening up a protected area and ultimately it can be left to the discretion of an order-in-council or the minister herself whether that is unavoidable,” says Peter Wood, Terrestrial Campaigns Director of the Canadian Parks and Wilderness Society (CPAWS) BC chapter.  “That is certainly unacceptable to us.”

“It’s a document designed to get around existing designations. We are especially concerned about some of the wording such as, ‘If it can be convincingly demonstrated that it is not economically, environmentally or technically feasible to avoid impacting a protected area, government may consider changing the boundary of a protected area to accommodate the project.’”

Wood says any tampering with the boundaries or uses of a park or protected area can only come after the public has had full opportunity to weigh in. “We think that these (park) designations are the result of hard fought battles over many years. A lot of times these protected areas signal a truce where we balanced environmental and economic interests. So if they want to open this up, they need to know they are opening up those battles as well.”

“There are very specific requirements that pipeline operators need to follow, if a pipeline crosses an environmentally sensitive area,” says Sandra Burns of the Canadian Energy Pipeline Association (CEPA) in Calgary.

“These range from specific construction techniques at water crossings, special soil handling techniques, post-construction erosion controls, vegetation protection, as well as, a myriad of other specific actions that guide a pipeline operator to build and operate in environmentally sensitive areas.”

Currently, fourteen companies have proposals to build liquefied natural gas plants, gas or oil pipelines in British Columbia. Some of these, if built, could encroach on provincial parks or protected areas. CPAWS says the sheer number of proposed projects is already taxing their organization and others like it.

“It’s hard to describe, when looking at a map of B.C., all the different areas that we are supposed to be able to comment on,” says Peter Wood. “We’re a bit overwhelmed. We’re not opposed to development in principle, but we believe that each project should be adopted according to a precautionary approach, and it should be on the proponent that this project is not going to adversely affect wildlife and wilderness values. We are scrambling to keep up with the pace of developments on all fronts.”

“We share the same concern,” says Polack. “That is why this document was put out to industry. We want them to know that there is a rigorous process, that they shouldn’t expect an automatic approval, and we have high expectations on the part of the proponents with respect to the due diligence requirements. And we also consider the past behaviour of a proponent. We want to know with some certainty that based on the past behaviour of a proponent that we can have a high level of trust that whatever conditions are placed on them in terms of their activities, they are going to abide by them”

CEPA says companies within its organization already spend a significant amount of time and resources meeting withstakeholders to address their concerns.