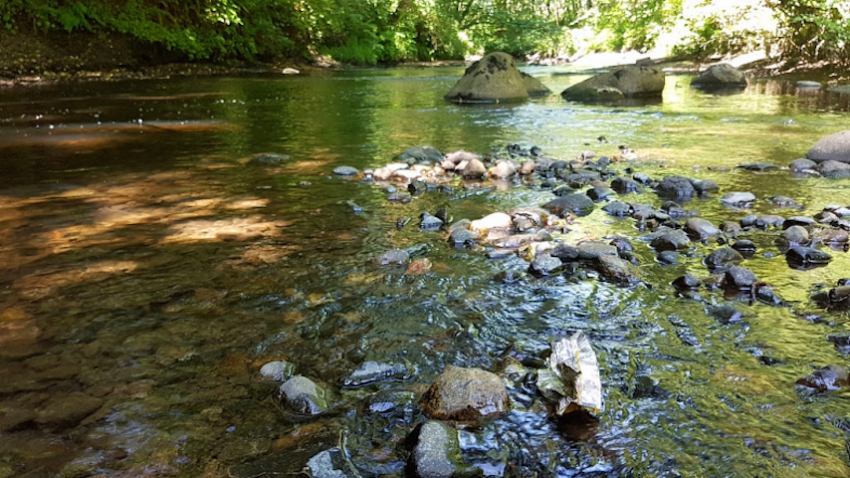 Consideration of climate change was prohibited by the National Energy Board (NEB) even though it directly increases risk to the project from wildfire and flooding. Many health professionals share the public’s concern about the cumulative health consequences of the TMX, from point of extraction to burning the product and are asking, it is worth the risk?

In Alberta, First Nations communities close to the oil sands, are facing toxic releases to their air and water. Higher rare cancer rates in First Nations have been reported, and while these studies are small, the level of uncertainly about the health impacts to already impoverished communities calls into question whether the national interest to expand oil sands production trumps these health concerns due to potentially harmful air and water pollution.

Along the pipeline route communities are concerned about the violence that can occur related to resource extraction.

The Secwpemc Women Warrior Society has vowed to oppose the TMX for many reasons, including the fact that construction brings with it “Man Camps”, where mostly non-indigenous male workers come to indigenous communities, and incidents of sexual harassment, violence, including rape and assault, escalate.

Emergency shelter workers in Calgary report that domestic violence increases during both the boom and the bust cycles of resource extraction. Adding to the public shame of this, Amnesty International has called for a national inquiry into the violence against women that corresponds with resource development in Canada.

A risk of pipeline rupture is present along the route.  The health impacts of most diluted bitumen blends that the TMX is expected to carry are understudied; however, reports have shown increased incidents of leukemia in areas where there are high levels of benzene pollution, a component of diluted bitumen. Could a dilbit spill on a hot summer day in still weather conditions in Burnaby-Vancouver produce unacceptable risk?

Reports produced by the Burnaby Fire Department and by Simon Fraser University (SFU) raise concern about potential health impacts of the expansion project for the community on and around Burnaby Mountain and the campus.

The proposed increase in density of storage tanks on the side of Burnaby Mountain increases the risk of ignition of highly flammable diluted bitumen. Storage tanks are spaced as they are currently to allow fire fighters access if there were a fire, with minimal risk of flames spreading to other tanks. Densification of tanks would likely result in emergency crews having to let a tank burn, while protecting others from ignition. Fires may spread to the SFU community, which is relatively isolated, with only one road adjacent to the tank farm for the evacuation of over 25,000 people.

Regarding national economic interest economist Robyn Allan found that stoppages in oil production are not due to lack of pipeline capacity, but low oil prices, and as economies like China move to phase out internal combustion engine cars, these prices are unlikely to rebound.

Having a stable job is a key determinant of health, and if the fossil fuel industry cannot sustain current employment levels, the government should be investing in programs to retrain fossil fuel industry workers to work in the renewable energy and other technology sectors.

Climate change looms large in decisions about local energy projects. When Canadians consider national interest, we must also consider communities already ravaged by climate change. Villages in the Northwest Territories are losing homes due to permafrost melt, towns surrounded by drying forest are waiting for the next large fire, and communities seeking long-term, clean water are at increased flooding risk. This will negatively impact our collective health and cost our economy billions.

If Canada is really attempting to cut emissions by 30% by 2030 as we pledged in the 2015 Paris accord then as the United Nations climate panel recommends, we cannot keep expanding fossil fuel infrastructure. This is our ethical commitment to future generations.

By stopping this large fossil-energy project, Canada can put the health of its people and the planet first in the national interest.

See more
The Kinder Morgan Pipeline: An unhealthy choice for B.C.
The Trans-Pacific Partnership, health, and climate change: time to listen to your doctor